Working with Danielle Koste on both Pulse and What the Flower Says of Death were remarkable experiences. I was a long-time fan of Koste before ever speaking to her. I came to know her work so well that she allowed me the privilege of editing it when she left a two-book, traditional publishing deal to pursue self-publishing.

After I conducted developmental edits, Koste and I collaborated for months to make her literary vision a reality. She always tells me that her characters lead the story, but she brought them together, and I was just so lucky to play a part. When we arrived at line edits, honing in on each and every word was an honor rather than a tedious task.

Of Pulse, book reviewer ThatBookGal said: "...the book is really well edited...I found one spelling error and that’s it, which usually isn’t my tale with self published stories...even traditionally published books have a few errors so that’s like A+ to whoever edited this." 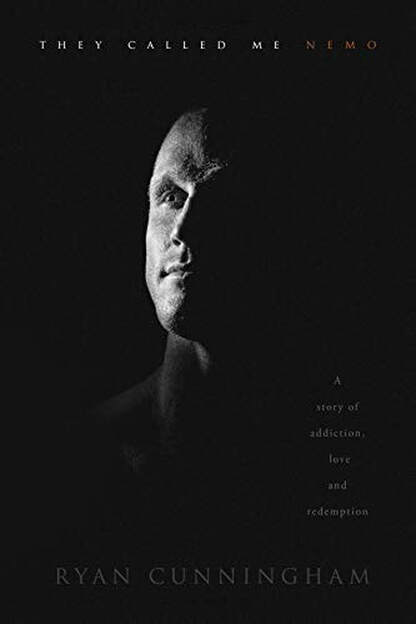 They Called Me Nemo: A Story of Addiction, Love, and Redemption
by Ryan Cunningham (2019)
As for They Called Me Nemo, I was contacted by the main editor, Lois Schulz, and received an offer to collaborate on a nonfiction project. Schulz reached out to me due to my prior experience with editing novel-length works as well as my knowledge of hybrid texts and the publishing industry.

For months, Schulz and I poured over a composition notebook--scribbled to the brim with author Ryan Cunningham's life story--along with hundreds of handwritten letters and hand-drawn cards he sent to his fiancée while he was incarcerated.

Together, Schulz and I transcribed everything we received, which amounted to nearly 300,000 words. Per our client, Schulz and I conducted minor line edits to improve the flow of the narrative. Then, inspired by Anne Carson's hybrid work NOX, I divided Cunningham's life story into chapters and separated those chapters with hand chosen letters and drawings.

​This hybrid structure, whittled down to a mere 90,000 words, weaved together Cunningham's struggle with addiction and incarceration while highlighting the important role love played in his recovery.

In addition to freelancing since July 2017, I have earned a dual-major B.A. in Rhetoric & Professional Writing and Creative Writing Hybrid Forms. Now, I am earning my M.A. in English: Writing & Rhetoric.

Throughout the years, I have held a number of editing and consulting positions:
Want to know more? Click here!